Ant Control Hamilton provides professional and effective ant extermination solutions. Our technicians can deal with a variety of situations and infestations. We offer solutions for carpenter ants, pavement ants and pharaoh ants. Call us today if you are experiencing ant problems. An exterminator will visit your property to inspect the situation and provide recommendations. Call: 647-560-0354

Call us to have a technician perform a comprehensive review of the situation. After the nest or colonies have been identified, we will present you with options for treatment. Depending on the level of the infestation there might be a need to drill holes in wooden surfaces in order to inject pesticides or to secure bait stations. In some cases, you may be asked to vacate the premises for a few hours after the treatment.

Ants may seem tiny and inconsequential alongside the usual suspects on a long list of pests, but what these creatures lack in size, they certainly make up for in numbers. Ant colonies can have thousands of ants in them and at times, it is only after they reach a sizeable population that homeowners realize they even have an ant infestation on their hands.

At Exterminator Hamilton, we deal with every kind of ant infestation, with years of experience and the collective expertise of dedicated technicians behind our core pest control strategies.

So, if you have an ant infestation in your residential or commercial property, call us today at 647-560-0354, and we will provide with an affordable and comprehensive ant extermination solution in Hamilton.

Call us today and our licensed and trained professionals will soon be at your doorstep with a guaranteed solution. 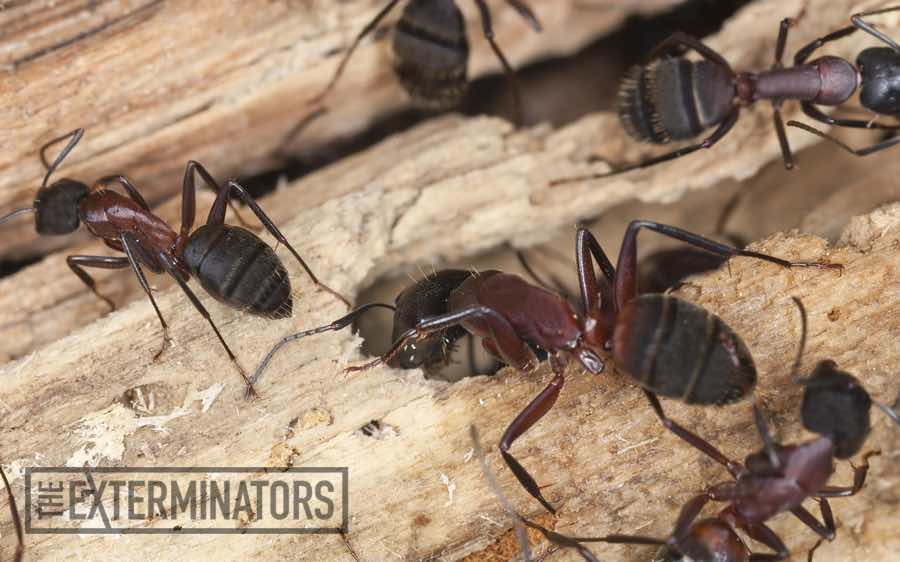 There are more than 22,000 estimated species of ants found all over the planet and of these, around 12,500 have been classified and documented. Thankfully, the species of ants that act as pests to us humans are only a handful.

Ants are extremely hardworking insects and highly social by nature. Their colonies reflect an enviable social hierarchy that works like clockwork and everything that takes place in the ant world has a specific reason to it. Specific roles are assigned to specific types of ants and rarely would you see them deviate from the plan. It is indeed surprising to witness such consistency and determination in such tiny insects, but that’s how ants are.

However, this resilient and determined nature also makes ants terrible pests. The most common species of ants that prove to be pests in a household or even a commercial property are the Argentine Ant, the Thief Ant, the Ghost Ant, the Moisture Ant, the Pavement Ant, the Pharaoh Ant, the Bigheaded Ant, the Acrobat Ant, the Citronella Ant, the Carpenter Ant, the Red Imported Fire Ant, the Field Ant and the Odorous House Ant.

All these species of ants, as well as a few others, are common in the Hamilton area, both indoors as well as outdoors. Call our ant control Hamilton services to get professional treatment and preventive ant control solutions. 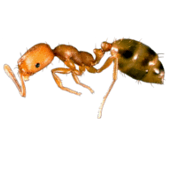 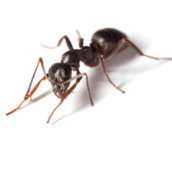 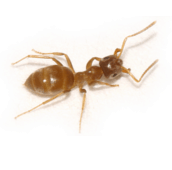 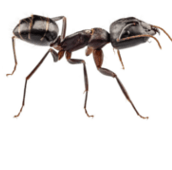 Carpenter Ants, Pavement Ants, Odorous Ants and Argentine Ants are the most common pest species of ants we usually come across.

Carpenter Ants are among the most notorious ant species invading human habitat. They build their nests in damp wood and are well known for establishing their colonies in the interiors of homes, causing significant damage.

The worker ants belonging to the various species of carpenter ants in North America measure around 6 millimeters in length while their queen ants can measure up to 19 millimeters. Their colors range from red to even black, and a single colony can have any number of ants upward of 2000.

Since carpenter ants prefer to build their colonies by burrowing into damp wood, they are often found in the wet areas of a home. The tunnels they make to accommodate their colony can weaken the structure of a house and therefore, a carpenter ant infestation should be taken very seriously.

Carpenter ants are not only a nuisance but are known to cause damage resembling the damage caused by termites. Contrary to termites they do not eat wood. They just dig, excavate tunnels and galleries in wood. In late spring, and early summer, winged adults are produced by mature Carpenter ant colonies.

While carpenter ants nest mostly in wood, they might also nest in fiberglass, polystyrene insulation and other insulating materials that have not been treated to resist an ant attack. Carpenter ant nests may cause serious damage to wood over a period of years. They generally restrict the size of the colony to the section of the moist wood, but satellite colonies may be built in the same arrangement and the damage will expand.

You can identify carpenter ant nests by the small particles of wood these ants leave behind from the excavations. They do not eat wood, so you can identify such an infestation by the particles left behind.

Pavement Ants measure around 3 millimeters in length and are dark brown or black in color. An average pavement ant colony houses around 3000 to 4000 ants and there are several queens within a single colony.

Pavements, driveways, sidewalks, the area beneath slabs and patios are all favorite colony locations for the Pavement Ant. The outdoor diet of these ants consists of insects, seeds, honeydew and honey while indoors, they feed on just about any food item they can forage, including nuts, cheese and meat.

The Odorous House Ant owes its name to the rotten smell it emits when crushed. Their size ranges from 1.5 to 3 millimeters and they are brown or black in color. These ants too are omnivorous and feed on dead insects while foraging outdoors and prefer sugary foods while hunting for food indoors.

Outdoors, these ants build their nests under debris, stones, logs or even the soil and indoors, they prefer to inhabit cracks in the floor or even in the walls. This species of ants is highly social and if given the chance, their numbers can swell up to 100,000 in a single colony.

Red Imported Fire Ants are notorious for their stings and people often avoid their nests to avoid being attacked. These ants are usually dark red or brownish in color and measure between 3 and 9 millimeters in size.

Most red imported fire ant colonies are found outdoors, although these ants also venture indoors for foraging. Their stings are very painful and at times, could even result in allergic reactions. These stings often result in nasty welts that eventually transform into white blisters.

These, as well as most other pest species of ants are not known to transmit or carry any serious diseases. However, they can be a nuisance due to their presence, their nesting habits and their ability to impart stings.

Why Hire a Professional Ant Exterminator?

When it comes to the extermination of ants, the identification of the species is the one key that can result in a successful pest control procedure.

Carpenter Ants, Pharaoh Ants, Odorous House Ants, Red Imported Fire Ants or just about any other species of ants all have specific characteristics and behavioral patterns. These patterns determine the nesting habits, the feeding habits and the movements of these ants, and all these factors are important to initiate and conclude a successful extermination.

Professional pest control technicians have years of experience and firsthand knowledge of different species of ants backing up their resources, and these personnel are therefore the experts we all can rely on for a comprehensive solution to an ant infestation problem.

Moreover, there needs to be a controlled use of pesticides and licensed and fully insured professional exterminators are often the best people for the job. At Ant Control Hamilton, we have the necessary expertise, the experience as well as the resources to handle every kind of ant infestation.

Our licensed and fully insured technicians are just who you need to deal with the ant infestation on your property. At Exterminator Hamilton  we have made it our business to rid your property of every last ant, in a safe and discreet manner by using professional pest control Hamilton solutions.

So if you’re up against an ant infestation in Hamilton or the surrounding region, and are looking for a guaranteed solution that lasts, call us at 647-560-0354 today.